Hunting with a bow is prohibited in the UK (currently by the Wildlife and Countryside Act 1981) however this doesn’t stop archers simulating the fun of shooting at things in extremely rough terrain. These are Field Courses (and are a graveyard of lost arrows).

Field courses are often set up in woods ideally in sloped, wooded and rough terrain. A path will be created that leads around the ‘range’ ensuring that it never exposes archers ahead or behind to stray arrows. You and up to 3 others follow the path. As you come upon targets you shoot at them from a designated colour of peg. One for novices (closest), one for traditional (middle) and one for sighted bows (furthest). You only go ONE WAY along the path. Returning to a target you’ve shot will put you in danger as it will likely be in use by the next group following the path. (the endless cackling you hear are just amused magpies not a wandering Predator …. I hope)

Distances vary although there will always be the same numbers of close, medium and far away targets making courses vaguely comparable. Face size will vary on the distance to the target. To add spice, the round can be marked (they tell you how far it is from peg to target) or unmarked (they don’t tell you how far it is to the target). Range finders are allowed in some field archery formats but not in FITA field. There are various ways to ‘cheat’ and calculate the distance quite legally (see the WA field guide linked below for details of these). The targets will be placed in almost any location other than on flat ground. Half way up a hill, in a valley, across water (stream or small lake), at odd angles, across slopes, buried in shadow within a copse of trees or bushes … the only limitation in the orientation of the target is the imagination (and sadism) of the course designer. Also footing can be quite unsteady – standing on steep slopes, on large rocks, on a wall, edge of a cliff, top of a WW1 fort** – all are fair game for the course designer.

A 3D round is exactly the same as the above except life sized 3 dimensional model animals with ‘kill zones’ replace the targets. These models range in size from small (bunnies, large spiders and meerkats) though medium (deer and wolf) to large (bear, elk and giraffe). The smaller targets are shot at closer ranges and the larger at longer distances.
Yes, that is a foam giraffe and yes, that is a step ladder next to the target so people can collect their arrows from the kill zones! Kill zones can be replaced when shot out (here its a lighter colour/different design as its probably a replacement). 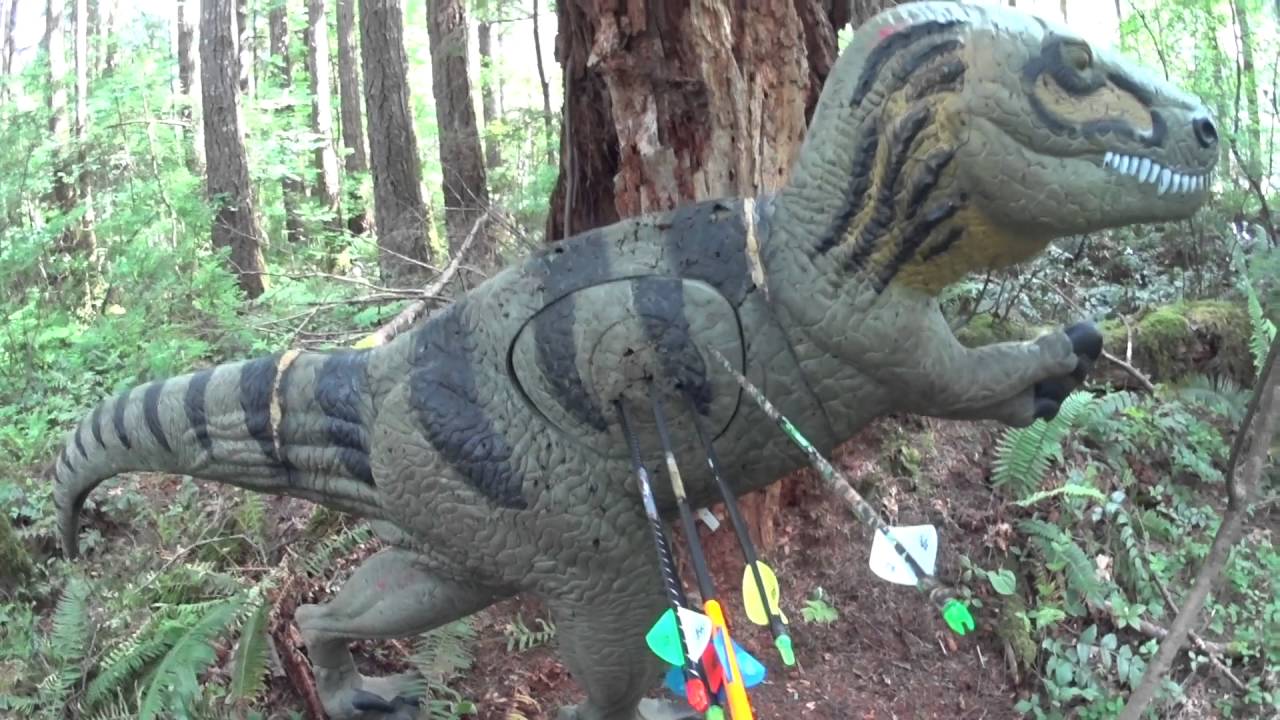 They can also get a bit bizarre with movie creatures like Aliens and Predators popping up. There’s a huge range of animals available but while 3D models are extremely resilient, they are also very expensive. If you want to be flabbergasted at how pricey these models can be, check out the outstanding archery shop Lancaster Archery in Pennsylvania USA … Much wow!

There are several field archery sites in central Scotland although they are a bit trickier to find than normal target archery clubs. They tend to be tucked away in forestry commission or private land well away from the main population areas.

A guide to Field Archery produced by World Archery can be found here.

** Wasn’t joking about the WW1 fort, the Pro Archery series had one of their events at Fort Van Lier near Antwerp. Here are some videos of the competition in 2018. Worth watching if just for the awesome dry humour and slightly sarcastic delivery of the commentator. You start on page 4 for video 1 day 1 and need to work back.
Edited to add: the Vimeo files noted above seem to be working a little erratically at present which is a shame as these videos were often comedy gold and always fantastic archery. Still, worth a look in case they are ok today. Try switching off any VPN you have and you may need to create an account to view. It is free so no big deal.